Share a memory
Obituary & Services
Tribute Wall
Read more about the life story of Robert and share your memory.

Robert Edison Roetman, age 80 of Sanford, died peacefully November 26, 2022 at U of M Hospital in Ann Arbor. His wife and nephew, Mark VanAllsburg, were at his bedside. Robert was born to the late Theodore and Eleanor (Gay) Roetman in Grand Rapids on November 24, 1942. He graduated from LaSalle High School in St. Ignace in 1960. Robert graduated from Albion College with a Bachelors in Business. He was a Vietnam Veteran. After serving his county, he returned to school to complete his Master’s Degree from Central Michigan University. Robert taught with Meridian Public Schools for 30 years as an Elementary Teacher.

On June 26, 1965, Robert married the former Kay Keyes in St. Joseph, Michigan. Robert was quite a social person and made friends easily. He was a longtime member of the Midland Elks Lodge #1610 where he was a Past Exalted Ruler, and was a Ritual Contest Judge for 30 years. Robert also was a member of both the American Legion and Sanford Lake Association.

Surviving is his wife of 57 years, Kay Roetman of Sanford; special friend, Sharon Kilgore of Midland; sister, Marcia Huskey of St. Ignace; along with many nieces and nephews. In addition to his parents, Robert was preceded in death by his sister, Audrey VanAllsburg of Grand Rapids.

Robert enjoyed fishing, hunting, and the out of doors. One of his favorite pastimes was pontooning on Sanford Lake. In retirement, he and his wife, Kay, often traveled and documented their travels in scrapbooks.

A gathering time to share memories will be held from 2 - 4 pm on Thursday, December 15, 2022 at the Wilson MILLER Funeral Home, 4210 N. Saginaw Rd. Midland, MI 48640. Memorial contributions may be offered to Camp Fish Tales or to the Special Olympics. Personal messages of condolence may be offered to the family at www.wilson-miller.com.

To send flowers to the family or plant a tree in memory of Robert Edison Roetman, please visit our floral store. 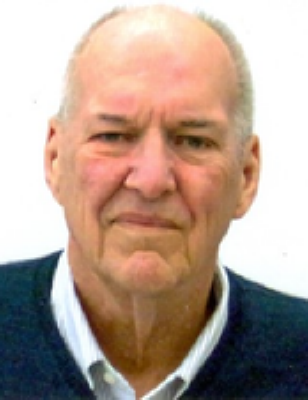