Dr. Robert (Bob) Lee Noveroske, 90, was called home to be with our Lord and Savior, Jesus Christ, on January 2, 2023. Bob was born on October 1, 1932 to Wilhelm W. Noveroske and Frances M. (Bleckno) Noveroske of Michigan City, IN.

Bob served in the United States Navy during the Korean War from March 10, 1952 – January 9, 1954, receiving an honorable discharge.

Bob married the love of his life, Elaine Lubs, on August 27, 1955 in LaPorte, IN and went on to get his Bachelor’s and Master’s of Science degrees from Michigan State University and his PhD. in Biochemistry and Plant Pathology from Purdue University.

Bob worked as a plant pathologist at Dow Chemical for 34 years in Seal Beach and Walnut Creek CA, Midland, MI and Zionsville, IN. Bob retired in 1996.

Bob had many talents and hobbies, but was first and foremost a dedicated husband, father, grandfather and great grandfather who spent as much time as possible on Lake Michigan sharing his love of fishing.

A private ceremony was held at Our Redeemer Evangelical Free Church, Midland MI.

The family would like to thank Mary Shoemaker, a very special caregiver who provided heart-felt support over the last year.

Donations in Bob’s name to: Our Redeemer Evangelical Free Church, 889 Poseyville Rd., Midland, MI 48640, or your favorite charity. Personal messages of condolence may be left for the family at www.wilson-miller.com. 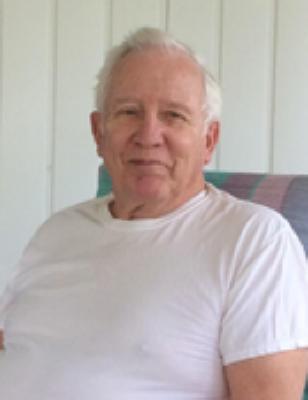 You can still show your support by sending flowers directly to the family, or by planting a memorial tree in the memory of Dr. Robert (Bob) Lee Noveroske