Share a memory
Obituary & Services
Tribute Wall
Read more about the life story of David and share your memory.

David Keith DeForest, 89, died at Candlestone Assisted Living on November 28, 2022. Born on October 5, 1933 to Mabel (Collins) and Charles Donald DeForest in Oceola County, Dave attended a one room school and was the only one in his class until High School. He graduated in 1950 from Marion High at age 16. He then worked various road constructions jobs and as a roustabout in the oil fields until he was drafted into the army during the Korean Conflict. After service he came to Midland and worked for The Dow Chemical Company retiring in 1990 after 35 years.

After retirement, he was an avid yard sale enthusiast. "The Lawnmower Man" bought broken lawn mowers and repaired them, then reselling them as a hobby. Dave enjoyed meeting people and often invited complete strangers into his home for ice cream. Dave was an intelligent man and made all of his own decisions until death.  He also taught himself computer skills and thoroughly enjoyed all of his Facebook friends.  In the last few weeks, he attempted to master a smartphone, so he could continue his daily Facebook post.

Dave is survived by his daughters, Diane (Steve) Pnacek from Midland, and Denise (Jim) Morris from Big Pine Key, Florida. He is also survived by his granddaughter, Heather (Leo) Strike from Midland, grandson, Marty Wilkinson, and his great grandchildren, Joshua (Coryn) Strike from Bay City and Rebekah Strike of Midland. He is also survived by his brother, Phil (Wilma) DeForest and his half-sister, Lila Martin. Dave was predeceased by his grandson Jason Pnacek, his brother Don DeForest, his sister Patty Adams, half-brother Melvin Bowman and half-sister Mary Bowman.

The family would like to thank Promedica Hospice Services for the wonderful services they gave to David and his family in the last week of his life.

There will be no services or showings. Wilson MILLER Funeral Home is handling all of the arrangements. Anyone considering an expression of sympathy are asked to donate to Midland County Pit Stop, who lovingly found a home for Dave's Toy Fox Terrier, Fred Astaire. The family would also like to thank Candlestone Assisted Living for their wonderful care and concern during the last week of his life.

To send flowers to the family or plant a tree in memory of David Keith DeForest, please visit our floral store. 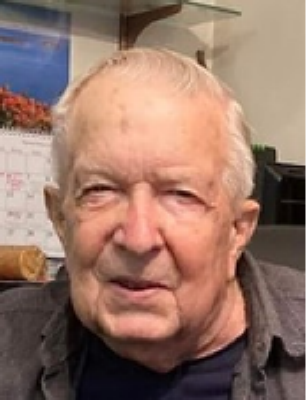 You can still show your support by sending flowers directly to the family, or by planting a memorial tree in the memory of David Keith DeForest
SHARE OBITUARY
© 2023 Wilson Miller Funeral Home, Inc.. All Rights Reserved. Funeral Home website by CFS & TA | Terms of Use | Privacy Policy | Accessibility